what to do with your ear wax 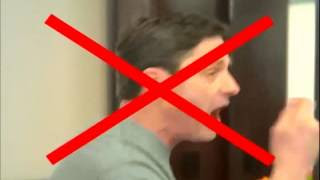 OWWW!
that's the sound you make when you put a cotton swab in your ear.  at least according to this infomercial, which wins the prestigious award for most ridiculous infomercial i've seen in the last month.  i don't know about you, but i'm thinking that if the guy would just stop dipping the Q-tip in molten lava before putting in his ear, maybe it wouldn't hurt so badly.

but wait, there's more!
if you order now, we won't only send you one waxvac for you to conveniently suck the ear wax from your ear, we will send you another, absolutely free! (other than an undisclosed "handling charge" not to exceed the value of the waxvac).
now i need some help here. what possible use could you have for a second waxvac? are we in such a hurry that we need to go double-barrel and use two waxvacs at once? or are they admitting that the design/construction fo the waxvac is so incredibly poor that they are simply conceding that you will want to return it within the first month? this way, you at least get two months of pain-free ear wax removal before you have two broken ear vacuums, while they have a bunch of your money in a swiss bank account.
OWWWW! now that's gotta hurt.