we had an awesome christmas.  between being abundantly, embarrassingly blessed, and with the several inches of snow which gave the kids daily opportunities to go outside for hours at a time and burn off excess energy, we made time for playing with toys, enjoying amazing meals, watching a couple of movies, playing some games, and just having a great little break.

so much so that, quite frankly, getting back into the routine has been a difficult adjustment, at least for this daddy.  i have been thinking that i want to write about our time, with pictures to support my stories, but, to be honest, the hoards of pictures we took that need to be gone through are a bit daunting to me at the moment.  i've got emails to respond to and forms to fill out and statistical reports to complete and a sermon to write and so forth.

so you're just going to have to take my word for it.  we had an awesome Christmas.  and a great new year celebration.  here's to a life-filled twenty-thirteen!

ps.  i wrote this the other day, and i've been trying to add a picture ever since, but i'm having trouble with blogger's picture feature.  not sure what's going on.  so you'll just have to imagine a really cute picture of quin wearing a santa hat with his christmas sweater vest.  trust me, it was cute.

update:  as you can see i had success posting a picture.  however, i had to "beat the system" to do it.  apparently, blogger is having some known issues and is trying to work them out.  in the meantime, sweater vest santa says hello. 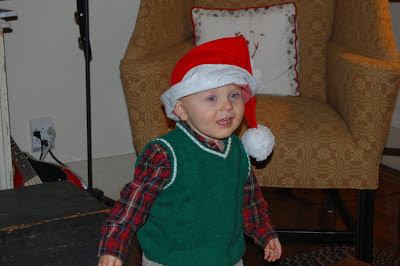