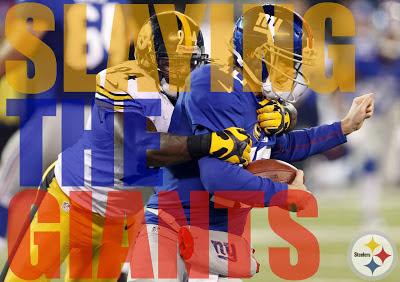 yesterday was a marquis matchup between two of the classiest franchises in the nfl, the giants and the steelers.  the giants are the reigning superbowl champs, and having another good year, showing a penchant for late game heroics.  the steelers, on the other hand, have appeared to be underachievers, losing to inferior opponents by failing to hold late-game leads.

there was the main narrative which overshadowed this silly football game, and that of course if the mess that remains in new jersey and new york following hurricane sandy.  i, for one, was uncomfortable with this game even being played, but who am i and what do i know about it?  so they played to "forget" for a little while. 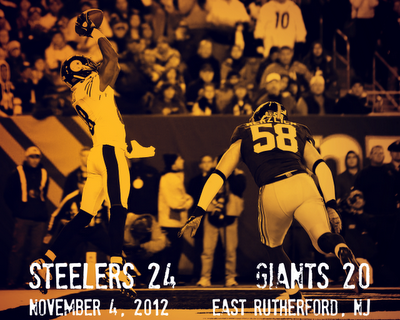 and the steelers won.  down by ten points in the final quarter, the steelers served the giants a bit of their own medicine, and staged a comeback of their own.  while on a layover in new jersey (the steelers flew in and out on the same day!), they managed to corral the potentially dangerous new york offense, limiting them to 182 total yards, including only 68 on the ground.  the steelers gave them an additional 119 penalty yards, turned the ball over to them twice, and were the recipients of some of the worst officiating by non-replacement refs imaginable, and yet still managed to win this game. 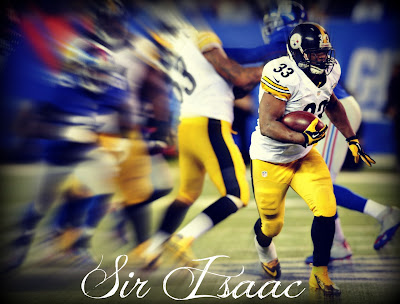 one of the main symbols of the domination that was on display everywhere except the scoreboard was isaac redman, returning from injuries to his ankles.  he was a human wrecking ball, just bouncing off tackles and spinning for extra yards, 147 total yards, to be exact, including a game-clinching 1st down run when the steelers needed it most.  the offensive line was extremely good, and deserves a portion of the credit here, but redman not only took what was given to him, but turned it into more.  great effort by him.  his running really neutralized the giants big offensive threat, which is their pass rush. 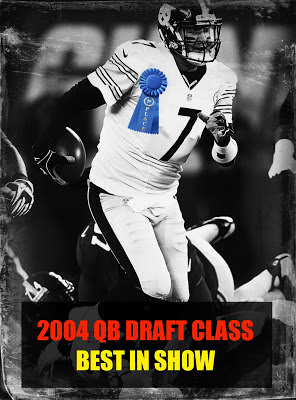 and that brings us to my final point.  this game was billed as a matchup between the two best quarterbacks out of what was arguably the best quarterback draft class in nfl history.  it was eli vs. big ben.  of course the media darling mannings have a leg up in any of these arguments on paper or in a video montage put together by the worldwide leader in sports (ahem), but ben is statistically ahead of eli in nearly every category that matters.  and he demonstrated once again yesterday why he is a better quarterback than his counterpart.  and so, he wins my "best in show" award.  he's better than rivers. he's better than manning.  he's a hall-of-fame quarterback.  and he just keeps slaying whatever giants are in his path.