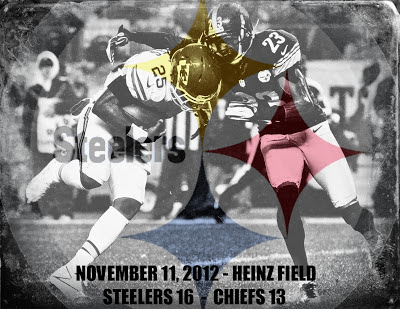 on monday night the steelers hosted the woeful chiefs at heinz field in pittsburgh, and most people predicted an easy steelers win.  i, however, wasn't so sure.  i mean, i fully expected the steelers to win, but i thought it might be a much more difficult win than people were predicting.

i hate being right.

yes, the steelers won the game, but there is a chance that they may have lost the battle, in that this game took a major toll on them. 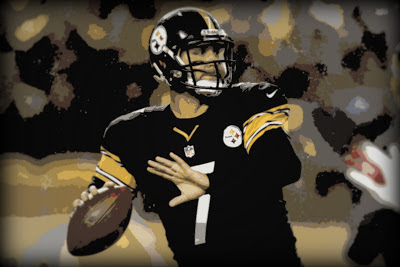 and that toll came in the form of ben roethlisberger's shoulder.  after being the squashed meat in a linebacker sandwich, ben got up holding his arm funny, and it just didn't look good.  the way he left the field; the way he went into the locker room, and then left the stadium altogether, just didn't look good.  tomlin provided an update yesterday, calling it an SC sprain, which is a fairly unusual football injury, from what i can read, but is still open to a good bit of interpretation as to the severity.  we will have to wait and see, but after what i saw from byron leftwich on monday night, if the steelers are forced to play the ravens with him, it's going to be ugly. 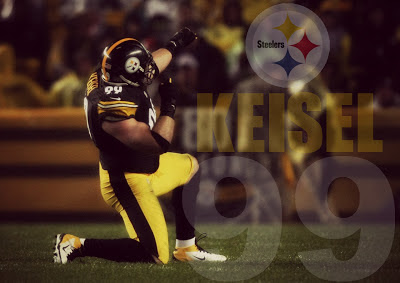 thankfully, despite the offense's crippling stagnancy, there was the defense.  other than the fact that they were getting run on pretty effectively, at least on that left side, the defense looked solid.  there was plenty of pressure on cassel, and even a few sacks.  there were no forced turnovers against a team that had been turning it over at a breakneck speed, until the last few second of the game when it mattered the most, and lawrence timmons reached up into the air to make himself the mvp of the game. 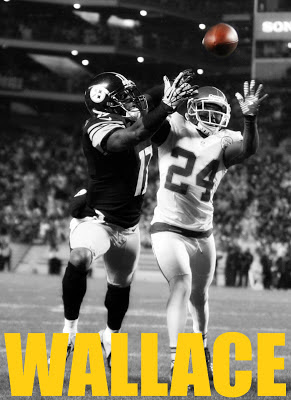 there was also this incredible catch by mike wallace, who scooped it with one hand and then squeezed it between his knees as he rolled through the endzone, securing the ball with possession before rolling out of bounds.  highlight reel material, there, and a very critical play since the steelers just couldn't seem to do much with the ball. 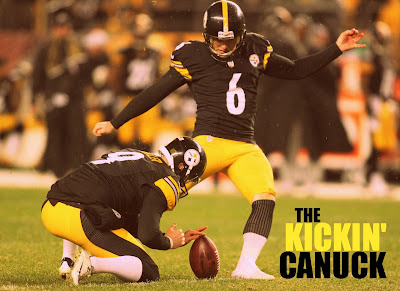 and in a tight game like that, special teams can be the difference.  in this case, steelers special teams played fine and shawn suisham was once again rock solid, kicking the game winner in overtime with nerves of, well, steel.  he's only missed one kick all year, and that was a 56-yarder (i think) that he never should have been sent out to kick.  his consistency has been a very important (and probably underrated) part of the steelers 4-game winning streak.