random friday: carving the possum and going with the meatloaf

November 16, 2012
not that anyone was really coming to this site looking for it, but i'm sorry that i haven't really been able to get into ravens week this week.  it is sort of hard to get excited about this twice-a-year game when you know your starting quarterback has a rib aimed right at his aorta, and will be spending those three hours just trying not to die.  so, yeah.  it's sort of like trying to look forward to thanksgiving day knowing that there won't be any turkey.  "sorry kids, but our starting turkey is significantly injured and listed as 'out' for this year's thanksgiving meal.  we'll be going with our backup turkey, also known as meatloaf.  we're confident that he'll be able to step in and do the job we need in order to have a fantastic meal.  as we always say around here, 'next entree up.'" 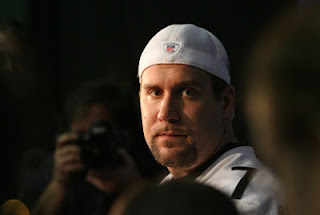 hey, speaking of ben's condition, if you are looking to find out exactly what is wrong with him (hint: it's not just a shoulder anymore, kids), check out this easy-to-read explanation from an actual doctor.  warning: if you are a steelers fan, make sure you've got a box of tissues nearby, as it will likely cause you to break down into uncontrollable sobbing.

oh, and speaking of turkey, does anyone else think it's weird that we eat turkeys for thanksgiving?  i mean, where does that come from?  why turkeys?  and why not some other poor creature, like a deer or even a possum?  can't you just imagine gathering around the table for the annually anticipated eating of the aardvark?  i mean, who says it has to be an oversized bird with oddly colored rubber face?  why not branch out and try something different for thanksgiving this year? 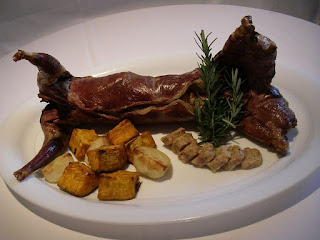 oh, and speaking of thanksgiving, i know that what you've all been desperately wishing for is a pop song set to a cheap drum track, sung by a 12-year old girl from l.a., and completely dedicated to thanksgiving.  well, search no more.  the genius of the american pop machine has belched out just what you were looking for:


don't feel bad for enjoying it.  there are already over 8,000,000 satisfied customers, who will be humming this little ditty while carving up the roadkill.  i mean, i don't know about you, but after that video, possum is sounding better all the time.

if you're looking for something a little more, um, artful, for your thanksgiving celebration, check out andrew dost's (he of the ban fun., which you may have heard of with their smash hit "tonight" earlier this year) concept album called "columbus."  it is based on a musical he wrote about the explorer, and it is SO well done.  amazing that he has probably sold about 16 copies of this album and nicole up there has close to 9 million video views.  and we wonder why our culture is messed up.  if columbus knew what he was starting, would he have simply grabbed a few turkeys and a possum or two and turned that fleet right around? 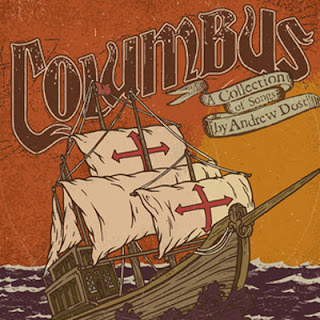