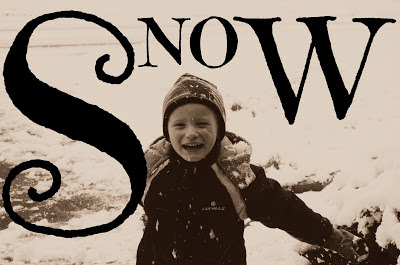 we had our first snow of the season yesterday, and although i was only expecting a dusting, we woke up to a nice covering of snow, and then it kept snowing pretty hard through the morning.  we ended up with about 3 inches, on a day that was still somewhat on the warmer side.  this, combined with the fact that they haven't seen snow in some 9 months, resulted in what you might call the perfect storm for at least 2/3 of our children.  and so it was on with the layers and oversized snow clothing, gloves that fall off, hats that fall over the eyes, and boots that slip off the feet.  and out into the white wonderland we went.  as i cleaned off the driveway, i piled the snow on the side so that jack could build a snow fort.  he needed help, but he stuck with it, and you can see the results of his work below. 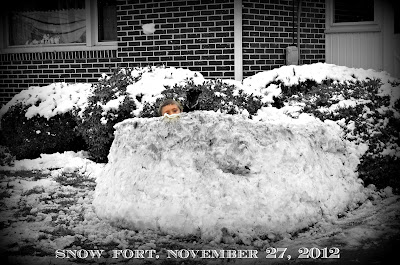 quin didn't play outside, but we took him out and let him touch it and see it.  he was not impressed. 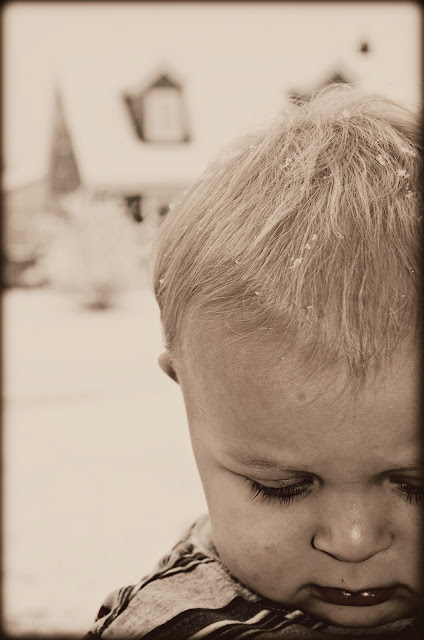 and of course there were more than a couple snow balls.  as ever, this also means that there were more than a few tears resulting from snow balls to the head area and the subsequent snow down the neck inside the multiple layers of clothing.  still, i have not met a cup of hot chocolate yet that could not remedy even the most sincere of snow-related tears.  so we came in for lunch, and hot cocoa for all. 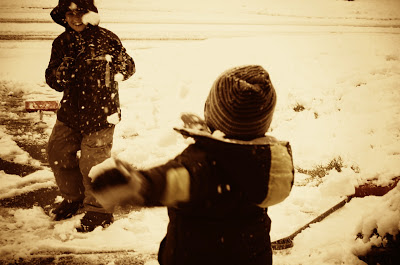