October 25, 2012
-thanks to my dad for showing me this hilarious video of a man hoping to break the ice.  warning: i have no idea what is being said in german, but it may not be "oh fiddlesticks!  that smarts!"

-i saw on the news today that there was a baseball game last night.  weird, i thought the season had come to an end.  i guess, despite the argument many people continue to perpetuate, that money doesn't buy you world championships.  pitching and hitting (especially at the right times) wins you championships.   take that, yankee haters.

-when i'm at the gym in the morning, there is a fleet of morning shows being played on the wall of televisions.  from abc to nbc to cbs, from fox news to msnbc, and everything in between, i get to see the over-make-upped hosts spew vigorously about the news of the day, as well as anything else that might be anything ranging from interesting to sexy to salacious, in order to win a viewer or two (and thus an advertiser or two).  i have many thoughts on all of this, but one of the main ones is this:  if fox news and msnbc weren't so instrumental in growing the monumental fear and divisiveness in our country today, then they would be great comedy networks.  i enjoy watching how a news item gets played and spun on both the radical right and the radical left tv networks, turned and twisted until it says exactly what they want it to say.  it is so asinine; so juvenile; so ignorant; and so transparent that it is hilarious.  except that it is tragically sad because people don't see the comedy in it.  they actually believe it.  i laugh.  i cry.  i pray for our country.

-can ann coulter please just shut up now?  how do we as a nation keep putting up with this kind of ignorance and bullying?  if you are dissatisfied with the current state of our country, please be willing to consider your own role in supporting people who lead us down paths of fear and name-calling and gut-level defensiveness, instead of open conversation, respect, listening, courage, standing up for the oppressed, and loving others.  listening to those with a bully-pulpit is not helping our country.  we do not need those kind of self-inflicted wounds.  we have enough to deal with.

-okay, enough of that heaviness.  here's a little comic to remind you not to hide your true self.  have a great thursday! 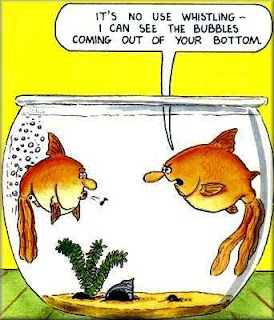