the crawler has stepped it up

October 24, 2012
some of you may remember when i made this video a few months ago:

yeah, that was fun.

that was when he was getting ready to crawl.  we thought we were in for it then, what with all the havoc he would cause by scooting around and messing with everything.

but that was nothing.

now we have this: 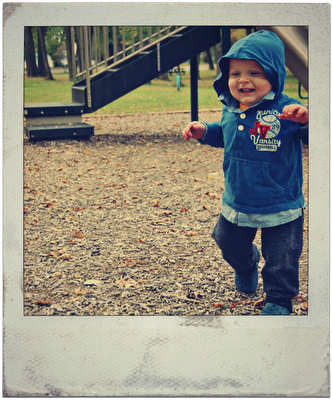 he's a walking machine.  into everything.  he's everywhere you don't want him to be.  when you'd rather he not follow you, he's clingier than a shadow.  when you want him to stick with you, he'slippery as a wobbling one-year old can be, and when you find him, he's waist-deep in a drawer he shouldn't be in.  for example, last week i lost my tv remote for the better part of a week.  i knew that the little stinker took it, but i couldn't find it anywhere.  until i was taking the trash out and found it as it tumbled down into the bottom of the large outside trash can, covered in coffee grounds and papa johns garlic butter dipping sauce.  quin was as close as a mocking shadow as i was waist-deep in the garbage can, fishing out the buttery remote (do you think he was trying to tell me something by throwing it away?).

so, he's walking everywhere now, like a nomad.  he rarely stays in one spot long.  he's on the move, with so many messes to make and objects to stick in his mouth.  why stay in one spot when you can play in the toilet in one moment, then unload jackson's t-shirt drawer all over the floor in the next? 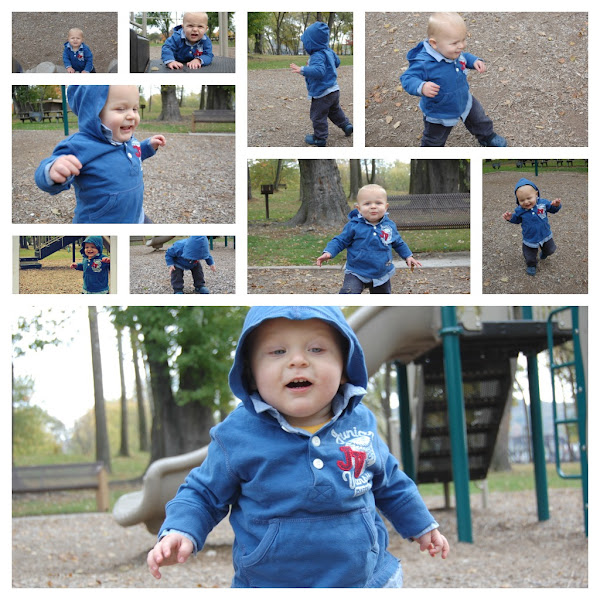 Mary said…
aww i love seeing these pictures of the little guy! can't wait to see him in person! also...excited to see what kind of costumes the boys will be in this year!
11:08 AM