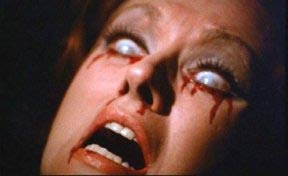 this last week has been another blessed week in my life, so i really can't complain about anything.  really.

this last week as a sports fan has been nearly unbearable.  i feel like my eyes are constantly stinging from watching the steelers embarrass themselves in front of the nation on thursday night, and then watching the yankees put on a clinic on being unable to hit a baseball every day since wednesday.

i don't normally talk about it when my favorite teams lose.  i prefer denial as a viable strategy for coping, and it works well for me.  but this week i feel like even denial is failing me.  it's just too painful.  the steelers were terrible, and not the kind of terrible that is screenprinted on all those yellow towels.  there were just plain awful.  inept.  undisciplined.  getting hurt on every play.  it was shameful, and i hope it is something they correct.  i don't like it when they lose - ever - but they better figure out a way to be respectable, or it's going to be an absolutely miserable year.  the yankees, on the other hand, are only failing at one phase of the game.  their pitching has been more than good enough; it's been great actually.  but the offense, outside of raul ibanez, has been completely absent.  i am so tired of hearing that joe schmo, the pitcher going up against them on any given night, just pitched a masterful game.  NO THEY DIDN'T!  they just played the yankees offense is all.  they could have been heaving 15-pound watermelons up to home plate underhanded and the yankees would still be swinging and missing.  everybody is cy young against this offense right now.  pitchers are begging to start against them.

and it's not just the final scores.  the yankees lost my favorite player ever to a broken ankle (we  miss you derek....get well soon).  the steelers rookie nose tackle was just arrested this weekend for DUI and then resisting arrest by leading police on a vehicle chase.  awesome. just what this team needs: a distraction.  perfect.

normally i hate off days for my sports teams, but today i find myself taking a deep breath and just feeling relieved that neither the steelers or yankees play today.  at least neither one of them can lose.  and maybe my eyes will get a chance to heal a little bit.