July 10, 2012
We move now to thursday of our vacation, for those who are keeping track of our trip to florida a few weeks ago.  it was wednesday night that cade began feeling sick, and thursday morning arrived with both boys saying that they didn't feel well.  still, we didn't drive to florida to lay around all day, so we went with uncle shane to a place called turkey creek, where you can tube gently down a little creek in a very calm and relaxing way.  we thought the boys would enjoy this, and, if they had been feeling better, they really would have, but it was tough for them.  look at cade's body language in the first picture.  it says, "i don't think i'm going to make it through this without losing bodily fluids from at least two orifices."  i think he was right. 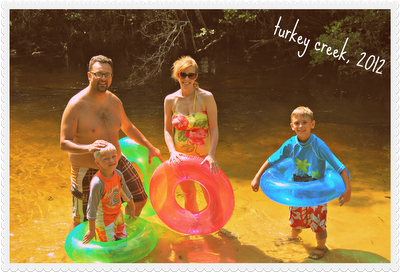 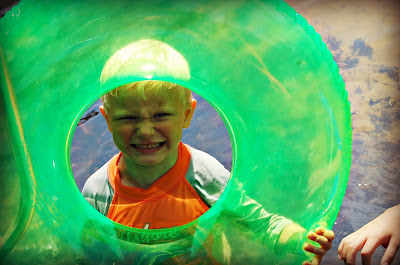 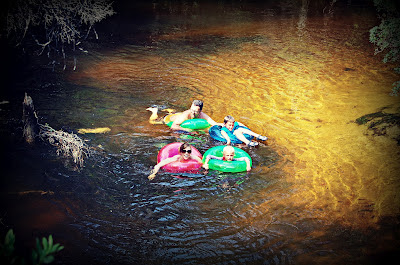 by the time we were done, the afternoon brought exhaustion and several bouts with the toilet, resulting in the following scene which is a good representation of the remainder of our trip. 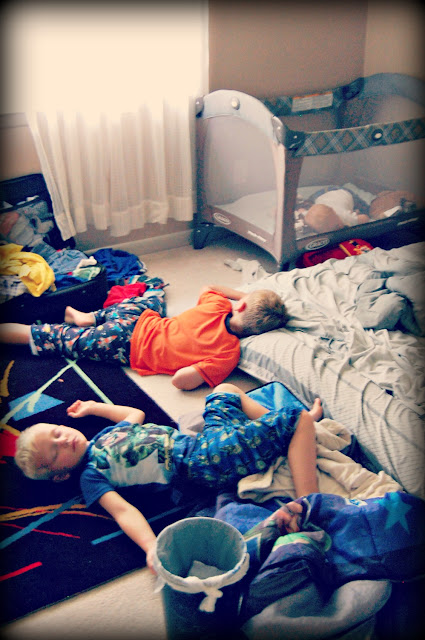 Mary said…
LOLOLOLOLOLOL that is hysterical! I love how it looks like Jack was crawling towards the bed and just lost energy with only his head actually making it! poor little guys!
7:43 AM

Cmilinovich said…
Oh, poor little guys! Looks like a tornado went through that room. The joy of a strong virus on vacation cannot be surpassed.
8:28 AM