August 03, 2011
-we are getting close to that most excellent time of the sports year when baseball and football are concurrent.  even now it's exciting, what with the yankees in a pennant race, the pirates actually buying instead of selling at the trade deadline, and the nfl going crazy with free agent moves training camp news and new steeler songs.  it's beautiful.

-speaking of baseball, i will be attending the august 16th pirates game in PNC park as they host the st. louis cardinals.  it will be part of an all day continuing education event called "baseball and theology."  when i saw that thing advertised i just about got whiplash trying to sign up. i couldn't do it fast enough.  two of my favorite things?  plus hot dogs!?!  you've got to be kidding me!  it's going to be a great day!

-the boys went to a program at the library yesterday where they learned about music in different cultures.  they made tambourines out of paper plates.  cade called his a "jambourine."  i think the name should be officially changed. 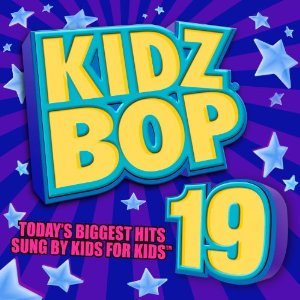 -my kids finally started paying attention to kidz bop commericals.  i was wondering how long we'd be avoiding it.  last night in the van they were singing taio cruz's "dynamite" (you know, the one that sounds like they're singing "galileo"), and i asked them how they knew that song.  they heard it on tv.  great.  after singing it for several hours, shannon made me download the song for them.  i'm not sure how i feel about that, but i'm now the proud owner of a terrible rendition of a terrible pop song.  yay, fatherhood!  i'm afraid we've entered a whole new era that i'm not prepared for.

-quin is doing amazing.  last night shannon had to set her alarm to makes sure she got up to feed him.  he's just sleeping.  she had to wake up him twice to feed him.  i've barely heard him cry so far.  he has certainly made the first week of his life really easy.  thanks, buddy.

-now reading:  me talk pretty one day by david sedaris and the girl who kicked the hornet's nest by stieg larsson.  both are really good.

-did anyone catch this story?  mercy mercy mercy.  and i'm not just saying that while shaking my head.  i really mean it:  mercy  all kinds of mercy.  this is an amazing story that raises all sorts of questions, not the least of which is "what would i have done in that situation?"  it's worth the couple moments to read the story.