the drama of a psalm 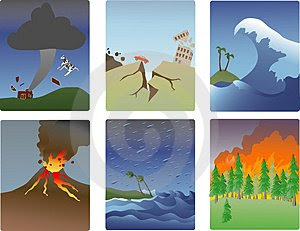 i'm pretty sure God is strong. i mean, i've never really doubted that. i look at the world around me, at the vastness of oceans and the majesty of mountains and the expanse of the sky and all of it strikes me as a song of strength. so it seemed like pretty standard stuff when i recently came across psalm 46 and the poet is talking about how God is our refuge and strength, and we have no reason to be afraid. i find myself reading quickly because "i already know all this." but as i made an intentional effort to slow down and let it sink into my thick skull, i was moved by the drama of it all.

first of all, the notes at the beginning of the psalm ("alamoth, which means "young women") may mean that it was a song set for soprano voices. that's right - don't forget that a psalm is first and foremost a song, meant to be set to music and sung and heard and danced to or prayed to or cried to, or at the very least turned up to 11 on the dial. its music. and then i love the idea that this song was made for the soaring sound of sopranos. so as i'm reading it again i'm hearing a dramatic soundtrack, like the sound of a climactic moment in some summer blockbuster, a white-knuckled apex of action. this is the critical moment, and the music makes sure you don't miss it.

so the sopranos are singing this song, and they start off by singing that God is our refuge and strength, always ready to help us in times of trouble (verse 1), and that we should not fear, even in the midst of earthquakes, or if the mountains should crumble to pieces and topple into the sea, or if the oceans start boiling over and surging at us. and so on. suddenly it occured to me that this song is about the most fearful, God-awful things that they could imagine happening, sung in john williams-style drama with sweeping strings and epic horns. i mean, they never saw the mountains crumble into the sea, but they are singing a song that says even if they did, they wouldn't have to be afraid.

or what if you interpret it a bit more personally? that you don't need to be afraid, even if that temptation rears its ugly head again, or your spouse gets angry, or the bill collectors call for the third time this week. even if your life feels like a tempest, like a tornado, like an earthquake, like a tsumami, like a hurricane, chaos swirling around you, when not even the strongest things (mountains) seem certain anymore, you don't need to be afraid. why? because God is strong and mighty - a refuge. a safe place. always ready to help when trouble blows in. later in the song, the sopranos sing (twice, actually) that God is here among us! not out there somewhere, but right here - our fortress. don't be afraid, even if the worst happens. God is here. and God is strong.

Paula said…
Hey Greg~
We just got home from our bible study of the psalms, and go figure, HE speaks louder then your words. I LOVE, LOVE, LOVE those God moments. Thank you for HIS translation. Love ya~ Paula
9:18 PM