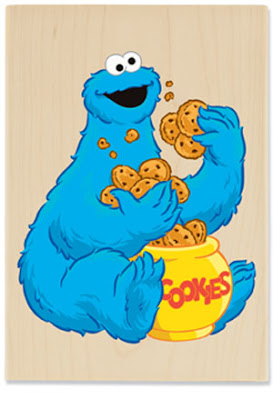 well, i've been debating about whether or not i should blog about this, but i couldn't resist sharing something that happened the other night, so i might as well share the whole thing. here goes...

i don't normally give up things for lent, because i hate the disappointment when i fail. it is a defense mechanism that i learned at perfectionists anonymous (pa). the p.a. system (get it?) is to not make any commitments so that you won't be disappointed when you inevitably fail.

i know, its stupid. i'm working on it.

but i seriously haven't given anything up for lent for a long time. but this year i recognized that one of my 'addictions' was eating at night time. this might not seem like that big of a problem, but it really is for me. upon further reflection i realized that my night-eating habit is deeply ingrained in me. when i was a little kid, i always got a night time snack. when i got older, the snacks got bigger. when i moved out on my own the snacks became meals, and it was nothing for me to literally eat a second dinner before bed. most recently i haven't been quite so over the top, but it is still a pattern for me to sit down after a long day and eat way too many potato chips, or leftover candy from the kids. my self control isn't exactly my strong suit, to put it mildly.

so i decided that it might be an interesting experience to give up eating after dinner for lent. the idea wasn't so much to lose weight as it was to see what it was like to deny myself that urge. i wondered what it might feel like to go to bed hungry for awhile, like most of the world does every night. i thought it might be good for me to feel hunger. to literally feel the burning in my gut, and to reflect on the corresponding burning in my spirit.

it has been an absolutely fascinating experience. for one, i truly have felt hungry on most nights, and that has been a healthy thing for me. i needed that, i think. but it has also had some unintended consequences: first, a deep appreciation for the evening meal, aka dinner. the time shared around the table is no longer just a habit or routine, but a sustenance-offering critical ritual. every part of the meal is now something to cherish and appreciate - something to be deeply grateful for. secondly, and perhaps more amazingly, i've lost 16.5 pounds so far this lent, mostly due to my lack of late-night caloric intake. SIXTEEN POUNDS!! amazing. so, i'm feeling more alive, more healthy, more connected to my family and the rest of the world. other have even begun to notice the less-round contour of my profile, which is gratifying to say the least. but not everyone.

no, there will always be critics. like jackson. at dinner on sunday night, he and i were deliberating about which sesame street characters each member of our family would be. he decided that caedmon would be elmo, with the indisputable logic that cade likes elmo. using the same principles of logic, i suggested that i would be ernie, since i like ernie, and since ernie is orange. jack didn't seem convinced, though. in fact, he seemed completely dissatisfied with that solution. he shook his head thoughtfully and said, "no, i don't think so. you would be cookie monster because you are fat." i think i immediately turned into oscar the grouch.

so, needless to say, i am disregarding the principles of perfectionists anonymous and making a commitment to lose even more weight. i mean, i really want to be ernie. i guess i'll have to cut back on the cookies.

Unknown said…
congratulations sir, sixteen pounds is awesome, now only if the head cold was included in that poundage...
Jack certainly beats around the bush, you should speak to him about being more upfront... like me.
3:21 PM

Crafty P said…
it is a very good thing to deny ourselves.
great job, greg! that is unbelievable that you lost 16.5 lbs. wow!
love the conversation between you & jack. such innocence.
6:43 AM

Erin said…
greg, good grief, i was all proud of the 4 lbs i lost b/c i gave up sweets!! 16 pounds! good job. did you find it easier as time went on? the first 2 weeks of no sweets were really hard. the past 2, i hardly even thought about it. next, i need to determine how much "moderation" i should allow...
12:10 PM

cathyq said…
Greg, Congrats! But losing 16.5 pounds by just not eating after dinner? Not fair! Oh the injustice of it all. No, just kidding. I'm glad that this has been both a spiritual and physical accomplishment for you. Keep it up!
11:17 AM

stella g. said…
your son has some killer zingers. it's the "thoughtfully" part of his comment that makes me laugh the hardest. and well done on the poundage. very impressive. but moreso, the discipline you gave yourself to appreciate this lent, not for what it could bring you physically, but for the denying of yourself that was it's motivation.
4:51 PM