blessed to be a steelers fan 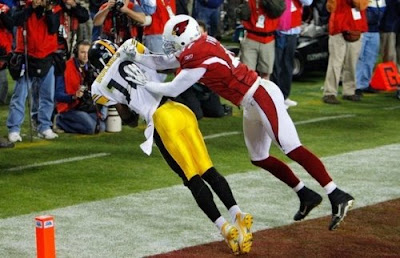 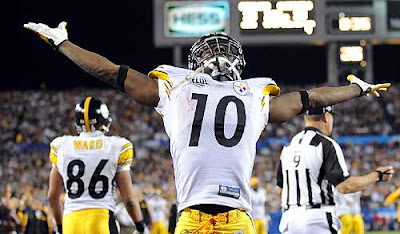 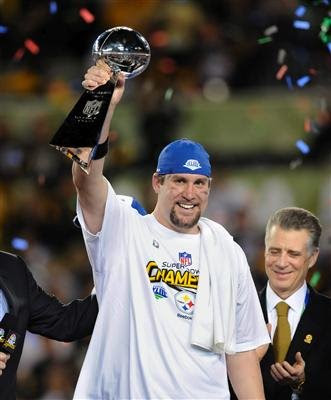 the pittsburgh steelers are the champions of the world. the superbowl winners. the holders of the shiny vince lombardi trophy. for the sixth time.
this morning i feel emotional exhaustion. i feel elation. i feel shock. but most of all, i feel blessed. i mean, i am so darn blessed to be a pittsburgh steelers fan. do you realize that this franchise has won four championships in my lifetime?!? fifteen of the nfl's 32 teams have never won a superbowl. ever. and the steelers have won 6.

when the steelers won superbowl XL in 2006, i tried to really soak it up and appreciate it because i figured it was a once-in-a-lifetime opportunity. and now, three years later i find myself in the unbelievable position of enjoying it again. wow. i am a lucky fan. bob costas put it this way: "(the steelers are) the model franchise in all of american sports."
"the steelers are like no other professional sports franchise, " says gene wojciechowski in his espn article here. wojciechowski and costas are gushing a bit, perhaps, but they are right. i mean, dan rooney gives his players his cell phone number, just in case they want to talk. are you kidding me? are we talking about a small high school team here, or an nfl team? most franchises don't work this way.
from the top to the bottom, the steelers are a classy organization. they're not perfect, to be sure, but no system or institution or organization is. but they have somehow found a way to run their organization with class, and to expect class all the way through the system. after winning the game, big ben roethlisberger shook kurt warner's hand and said, "it was an honor to play against you." after his incredible game winning interception against the ravens two weeks ago, when asked about being the best safety in the game today, troy polamalu said something about how he is so blessed and just gets lucky sometimes. that kind of humility is both modeled by the rooney's and by coach tomlin, and it is drafted. the steelers look for good football players who are also good men. i love that about my team, and would cherish it even if we were 8-8 and finished out of the playoffs. but we didn't. we won our division. we won our playoff games. and we won the superbowl. our 6th. i am a blessed fan.

please still be my friend.

Mary said…
i just said today how happy i am to have been born into the steeler nation :) im soaking it all in :)
4:31 PM

cathyq said…
We are blessed, and tired, and still have stomach aches and headaches from the tension!!!Geez. Being a fan is great, but it can be hazardous to your health. So now we can enjoy the happy tears and the parade and rejoice and wonder at winning the world championship after playing the most difficult schedule in the league. We ARE proud to wear the black and gold.
6:35 PM

Anonymous said…
i was thinking about you last night when we won... wish i could have seen your reaction!! i would pay money.

ps. have you seen the "pop rocks" steeler video on youtube? my friends tell me it's awesome - i'm going to check it out right now.

Anonymous said…
Well said.
I found you from Megan Demo. I am still elated. I have been a Steelers fan my entire life. I have memories of watching games with my Dad since I was a tiny tot. I've also lived in MD most of my life, except when I was in college at Grove City. It has been so incredible to see the Steelers my dad talked of from the 70s now in the millennium and to raise my kids to love them like we do. We are crazy with the black and gold here in MD. Our living room is still draped in black and gold streamers and balloons and my car still has GO Steelers on the windows.

Also, I read your letter to Tomlin a few weeks ago and thought it was well said. You should send it to him. :-)
6:42 PM