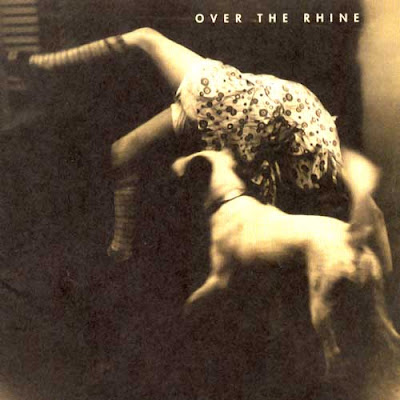 this is another album that i fell in love with in college. i had never heard of the cincinnati-based band over the rhine until my friend nate introduced them to me right around the time that this album first came out. the first time i heard it, i knew i was in love. my heart pounded a little faster and i got a bit clammy. it was like the curtain had been pulled back a little and i was seeing something that had previously been hidden. songs like poughkeepsie and latter days spoke deeply to me. and not just the first time. thirteen or fourteen years later i am still moved by this music. still in awe of her voice. still affected by the poetry.
i have become an avid follower of otr, having seen them in concert now at least 10 times and owning all their albums. but this one, good dog bad dog, is sort of my first love when it comes to this band. enjoy the song below.

Erin said…
greg, i wonder how many grovers would list this in their top 15?? it's funny what you say about this cd affecting you years later. i remember during college, everyone was so entralled with poughkeepsie and i was not that into it. I was all about faithfully dangerous. then, like 5 years later, driving down the highway at a bit of a rough time, i was listening to poughkeepsie and it was one of those "moments" - those God moments when you just get it. anyway, long story short, this is probably my all time favorite, most cherished album. the one i've used to convert others to OTR.
1:51 PM