January 12, 2009
the pittsburgh steelers are going to the afc championship game. there is much you could read/listen to/watch to gather information about their big win yesterday over the san diego chargers, and i really can't possibly have much to add to all the noise, but i thought i would post some of my favorite pictures from the game. 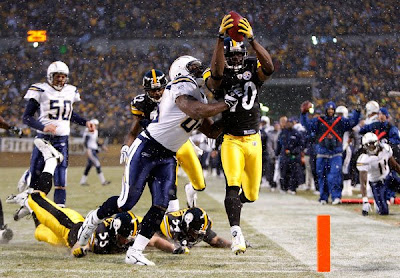 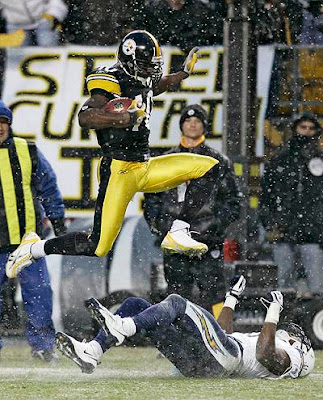 these two pictures are from santonio holmes' punt return for a td, which was cause for a sigh of relief from me and steeler fans around the world. it tied the game up at 7-7, and sort of reset the game. it was a nice run by santy with a quick move and a beautiful leap over a weak tackle attempt by a san diego charger. 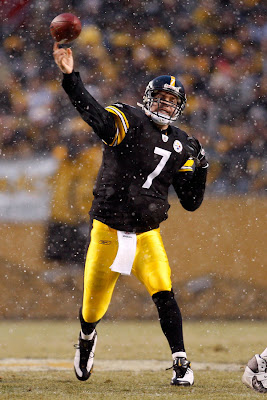 ben, coming off his concussion, was the subject of so much doubt and naysaying by steeler nation. i'm so tired of the haters. would you please just sit down and be quiet now? please? ben is a top notch quarterback and a fearless leader. there is no way - NO WAY - that you don't want this guy leading your football team. great game by him, with no turnovers, good decision making and some sweet passes, 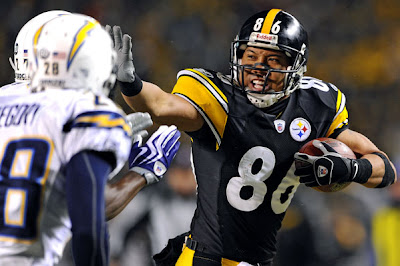 particularly one to hines ward right before halftime. ward (my favorite player) had a nice game, too, with 70 recieving yards. i love me some smilin' hines in the playoffs! 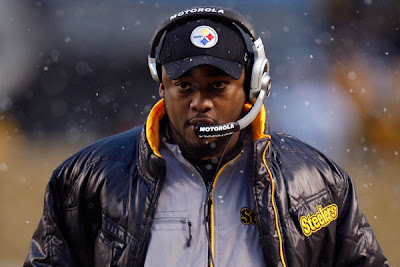 had to include a pic of coach tomlin here because the game, imo, was very well run by the coaching staff. great play calling. nice adjustments. nice risk taking. just very good all around. congrats to coach tomlin on his first playoff win. how about a couple of more before the year is over, coach? 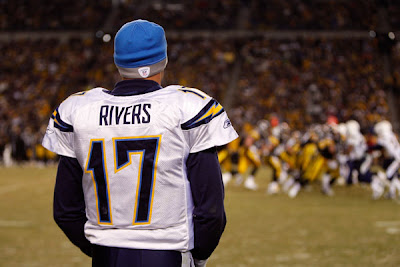 this just might be my favorite picture from the game because it epitomizes the third quarter in which the chargers ran one offensive play and had the ball for a grand total of 17 seconds. 17 seconds out of 15 minutes! that is crazy. philip rivers could only stand there and watch the game like a ticket-buying football fan. that is crazy good play by the offense, opportunistic defense (on that one play the chargers had) and a little luck (on the punt that hit weddle in the helmet). 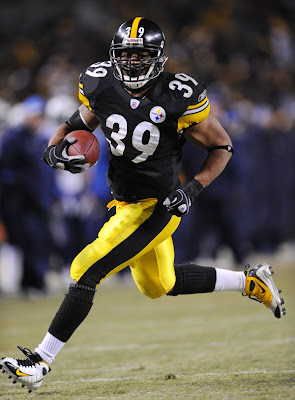 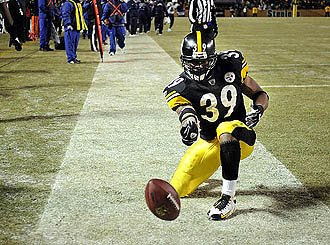 great game by willie who ran with authority and charisma and determination, and in so doing served notice that he is healthy and ready to run. this will only help us when we face the strong ravens defense next week. i almost want to give the game ball to willie for his 146 yards, but instead i give it to 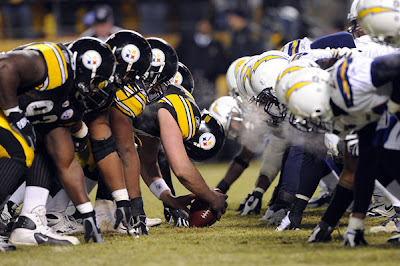 the offensive line. generally considered to be the weak link of our team all year, they showed up against the chargers and played very well. the run blocking was great, giving willie some wiggle room, and the pass protection was very nice as ben was only sacked once and had plenty of time to look at various reads and throw deep several times. a great game by the guys up front, and if they play that well the next couple of weeks, the steelers should be getting their other thumbs measured for ring sizes.
here we go steelers, here we go!