sorry i've been a bit absent. there's a few reasons for that which you probably don't really care to know, so i'll spare you. i want to write soon about the book i just finished, but in the meantime, as an american with croatian heritage, a man who carries with me a "-vich" at the end of my last name everywhere i go, i thought this was funny. 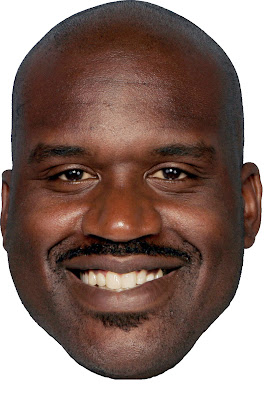 i saw this story on espn and then found it here. apparently, the great shaquille o'neal, star of the nba, wants to be a -vich (or -vic), too. he wants his new nickname to be shaqovic. c'mon, shaq. you can't be croatian or any other slavic ethnicity, because your last name is clearly irish. geesh. everyone's on the bandwagonovich.

just as a fun footnote to this, when i was a child, since it was a bit difficult to say 'grandma milinovich,' i referred to my dad's mom as 'grandma vich.' for the rest of my life that's what i've called her and how i've known her. so hearing this from shaq makes me smile and think of grandma vich, whom i miss now that she's returned to the ultimate homeland. you hear that, grandma? even the basketball stars want to be vich's now! hope you're chuckling.

cathyq said…
He doesn't have big enough eyebrows or body hair in general to be a vich! Sorry Shaq.
5:55 PM