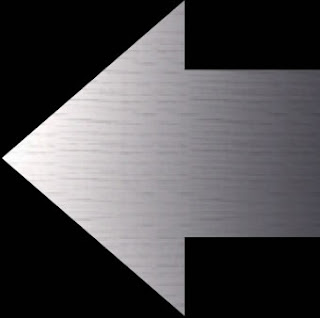 let me draw your attention to the poll on the left hand side of my blog. over the last several weeks i have run many different polls and it appears that the majority of you feel that obama would be better than mccain at such things as wii, hungry hippos, hair-dressing, health-teaching, and so on. in part i have been running these polls just to bring some levity to an otherwise harsh and, at times, painful campaign season, as if asking which candidate is the better hungry hippos player has any meaning whatsoever. it doesn't. i don't need a president who can eat more hot dogs than the other guy. what we need, i think, is a president who can lead with clarity and conviction and integrity. we need a person who models a leadership that serves others rather than expecting to be served. we need a leader who is willing to take some risks, including the great risk of being honest. i don't know if either one of these men is that guy, but in less than a week we will elect one of them to give it a try.

now is your chance to participate in the highly respected and authoratative agentorangerecords presidential poll. the poll closes at midnight on monday night, just as the real election begins. the votes are anonymous, so don't worry about what anyone else will think. who do you think would make the best president of these here united states of america?

Crafty P said…
Pedro is not an option

I think Pedro would be the best president. He has a really sweet 'stache.
3:01 PM

greg milinovich said…
i just want to say that as of 8:45 on thursday night, i have 20 votes in on the poll so far, the most we have had on any of our polls! apparently you all have an opinion about this. thanks for voting! keeps the votes coming....
8:47 PM