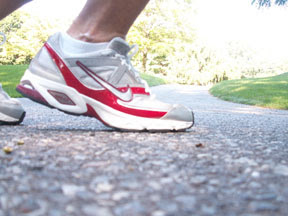 i think i'm an optimist. that is, i try to look at the glass as half full more than half of the time. but if i'm being honest i will have to confess that i hate disappointment. and one of the ways i've learned to avoid disappointment is by having low expectations.

when i was 12 we moved from our little corner of southwestern pennsylvania to somewhere in the middle of kentucky, about a six-hour drive away. as we had no family in kentucky, we would often make that 6 hour drive through the barren lands of west virginia during holidays and breaks. to a 13-year old, 6 hours is a really long time, especially if you are spending it cramped up on the floor of a volkswagon vanagon that keeps breaking down. i remember thinking that we must be at least halfway there once when i asked how much longer we had to go. "what?" yelled my parents from the front, having failed to hear me over the space-shuttle-loud roar of the german engineering wonder. i shrieked from the floor, "HOW MUCH FURTHER DO WE HAVE TO GO?" in what i thought was a cruel and heinous reply, my dad replied with a yell that sounded something like "about 5 more hours."

and so i began to have low expectations. even as i got older and we would arrive in dunbar, west virginia, which i knew was about halfway home, i would convince myself that we had at least four more hours to go. and i wouldn't just do this to myself. i would tell my poor unfortunate younger sisters this stretch of the truth as well. i remember the way i rationalized it perfectly clearly: if i have low expectations, then i will always be either right or pleasantly surprised. somehow this never really worked because i couldn't quite lie to myself good enough. even though i told myself it would be 10 hours from waynesburg to wilmore, i knew deep down that it was only 6 hours, and if it took 361 minutes i was secretly disappointed. that's just how i am.

now i am 31 years old. and i am still playing games with my own mind. many times over the last ten years or so i have tried to lose weight by a variety of means. i have tried to exercise. i have tried eating less. i have tried eating better. i have tried atkins. i have tried pretending like i don't care. and here is the weird thing about all of these attempts: i try not to tell anyone about it. not my friends, not my coworkers, not my family, not even shannon, insofar as that is possible. i try to hide it even from myself. why? its that whole low-expectations thing. you see, if i don't expect to lose weight, then i won't be disappointed when i fail. but if i do lose weight, i will be pleasantly surprised. but this never works, because as i am making the agonizing decision to eat carrot sticks instead of sweet honey bar-b-que potato chips, deep down i know that i am trying to lose weight.

when i was in new york city a few weeks ago, i did a ton of walking, and, due to the nature of the trip, i ate well and snacked very little, if at all. i determined that it might be a good time to begin what has been long overdue (i went to the doctor recently - remember that horrible experience with the bloodwork? - and found out that my ldl cholesterol is quite high) and start exercising and eating better. and so i did. but i tried not to tell anyone. i woke up early and went running, which probably caused shannon to think something was terribly wrong with me, but when she would ask me about it, i would downplay it like it was no big deal and move on to the next subject. "greg, would you like some delicious bar-b-que potato chips?"
"no thank you. could you please pass the carrot sticks."
"what are you trying to eat healthy now?"
"what? no. i just really like carrot sticks."
"right."
keep those expectations low.

but i cannot lie to myself anymore. here it is: I AM TRYING TO BE MORE HEALTHY. that is why i ate a small portion of ziti and a triple portion (at least for me) of broccoli last night. that is why i have been waking up early to run. that is why i have been daily drinking enough water to drown an elephant. that is why i got new running shoes (pictured above. purchased at gabriel brothers in belle vernon, pa. shout out to gabriel brothers which is a chain that sells damaged and overstocked clothing and shoes mostly. love that place. and yes, those are my legs in the picture.). and that is why i am writing this today. well, that, and the fact that i am an optimist. i try to see the glass as half-full more than half of the time, even when i also try and lie to myself about what i am expecting. and so far, whatever i was expecting , i have lost between 15 and 20 pounds, and i feel a ton healthier. the true test, of course, is consistency over the long-term, but i feel like i have a better start than ever before, and now that i have come out of the closet with this thing, i have a ton of accountability which has always been mysteriously missing. i wonder why?

Dan said…
I hear ya Greg. I have tried the carrot sticks as well, but I usually try them with a dozen honey Bar-b-que chicken wings with ranch dressing for dipping. That diet never seems to work for me. Karen and I walk every night with Joel, just a couple miles. Baby steps. Don't want to shock my body.
10:25 AM

greg milinovich said…
dan - for whatever reason, i feel like i could walk 14 miles a day and not lose any weight. its like my body doesn't kick in the old calorie-burning machine until i put into 3rd gear. weird. know what you mean about shocking the body. i feel like i am 51 not 31. sore in all kinds of places. ouch.
11:15 AM

greg milinovich said…
mary - o you of little verbage, do not consider the beauty of the ankles only, but also of the entire appendage.
11:16 AM

Erin said…
Greg,
Go for it. Look at your kids and use them for inspiration. And 15-20 lbs is nothing to sneeze at! That 2 bags of potatoes!
Good job.

Crafty P said…
hmmm, maybe you and vinny could be exercise accountability buddies. he just started, too. you've got to get really mad or something like that and then you finally do something about it.

Anonymous said…
greg, i'm with you on the low expectations thing. that's why weight watchers and other programs of that nature work... because of accountability. One thing that has worked really well for me is writing everything that i eat down in a journal. sometimes, i would be about to eat something and think, "i don't feel like writing this down." and i would put it down. seriously. keep up the good work and thanks for sharing.
10:43 AM

Anonymous said…
Hilarious. I remember that vanagon so well--specifically: taking a trip to Fayette Mall while listening to Farrell & Farrell on a Saturday on which your parents' house was being fumigated. Good times.

I lost about 60 pounds over the last year just by upping the amount of water I drink and walking a bit more every day (I was up to 290, if you can imagine...but please don't). I've gained back about 25, but I'm trying to hold it at that while I'm in school and then get more serious about it after graduation. My weaknesses: Buffalo Wild Wings and baklava.
11:40 AM

greg milinovich said…
crafty p - yup. i remember the thrift day. funny but i don't remember anything i bought that day. i just remember that i had a blast with you two. good times.
1:29 PM

yeah...i've tried the writing-everything-that-eat-down-in-a-journal thing. didn't really work for me. remember the lying-to-myself thing i talked about? yeah, well, that applies to the journal, too. lets just say that it might not have been an accurate reflection of ALL of the food that entered my esophagus that day. what my journal doesn't know won't hurt it...
1:32 PM

greg milinovich said…
pete -
that memory is hilarious. i don't remember the house being fumigated, but i certainly remember rocking out to 'people in a box' as only a really sheltered white christian from suburbia can do.

good job losing the weight. seminary was tough on me with the weight. for some reason when i read theology i feel the absolute need to munch. that and pull out my eyebrow hairs one by one, but that is a different issue. anyway, i blame my weight gain on God. i'm still waiting to find out if God really cares, but it makes me feel better.